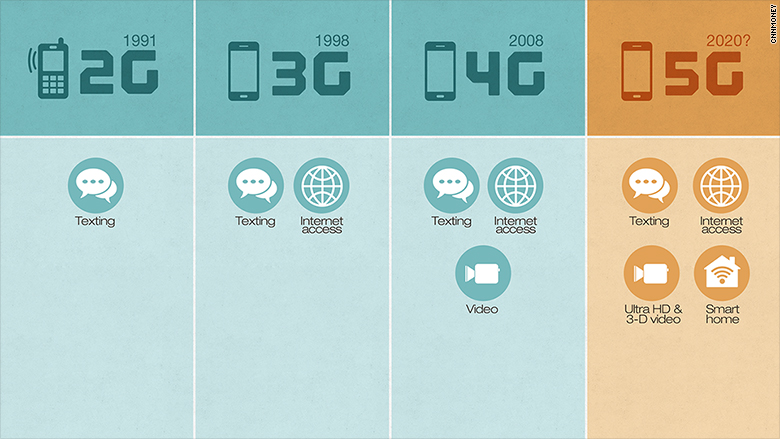 Here is its elevator pitch: 5G is going to be smarter, less power-hungry and faster than 4G, allowing an influx of new wireless gadgets. 5G is going to allow us to have quicker smartphones, longer-lasting wearable gizmos and more smart-home devices.

5G will have the possibility of offering speeds up to forty times quicker than 4G – quick enough to stream “8K” video within 3-D or download a three-dimensional film in around 6 seconds (6 minutes with 4G).

For consumers, unfortunately, there is a difference between reality and laboratory experiments. Peak speeds are great to dream of, yet in the real world, actual speeds are a lot slower than promised.

One of the largest 5G players, Nokia, thinks that its 5G technology is going to permit real-world speeds of around 100 Mb a second as the network is most congested – that is around four times quicker than 4G’s top speed.

An additional 5G characteristic is that it’ll have very low latency, which means that it drastically could decrease the quantity of time it’ll take for the network to respond to commands. This could provide the appearance of much quicker loading websites, messages, videos and apps.