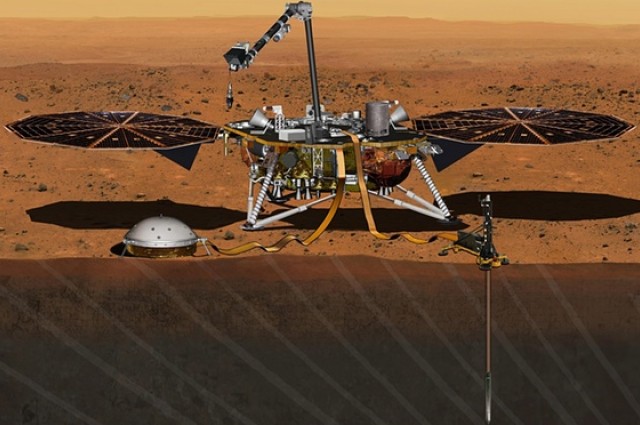 Called Insight, or the Interior Exploration using Seismic Investigations Geodesy & Heat Transport project, the mission was designed to divulge data on the Mar’s interior structure. By unveiling those secrets, researchers hoped to learn more about the processes of rocky planet evolution and formation, which might increase our knowledge of not only Mars, yet Earth and additional similar planets, as well.

One key instrument in helping us along this path of discovery included the Seismic Experiment for Interior Structure, the amazingly sensitive seismometer able to pick up ground movements as tiny as the size of an atom.  Unfortunately, it’s the one which led to the postponement of this project.

The Martian atmosphere may be very harsh, and to shield the instrument from those extreme conditions, vacuum seals were sustained around its sensors. However, two times a leak has indicated that a vacuum could not be sustained. Even though researchers managed to mend it the first time, testing recently revealed a recurring issue, therefore the determination was made to put off the planned launch.